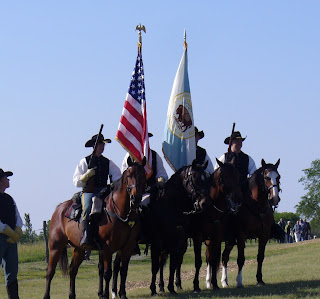 The Nation's Signature Event commemorating the Homestead Act's 150th Anniversary opened with the presentation of the colors by the Commanding General's Mounted Color Guard of Fort Riley, Kansas. Chautauqua vignettes were presented through out the day.

The Chautauqua tent was raised on the grounds of Homestead National Monument Heritage Center. 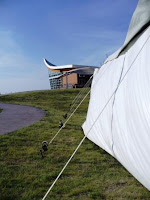 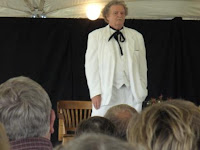 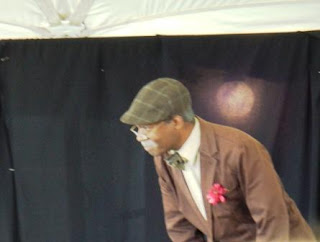 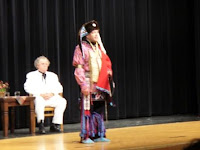 Standing Bear and Mark Twain on the stage of the stand-in tent at Beatrice High School. 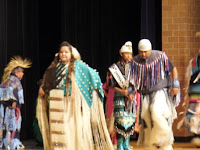 The Red Eagle Dancers from the Lincoln, NE Indian Center, Inc. greeted and danced with the audience before Standing Bear shared his story. 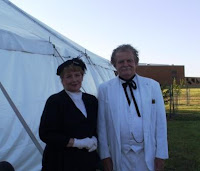 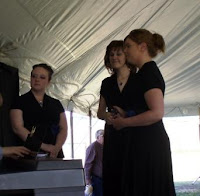 Laura Ingalls Wilder and Mark Twain just before her evening performance. The Southeast Community College's After the Storm entertained before Mrs. Wilder took the stage. 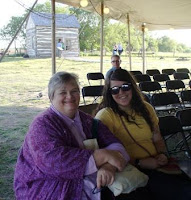 Willa Cather declined to be photographed but she did enjoy Mrs. Wilder's story as Betty Jean Steinshouer. The Palmer-Epard cabin can be seen in the background. 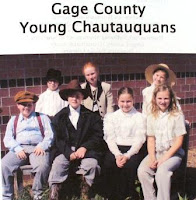 The Young Chautauquans, led by Ann Birney and Joyce Thierer of Ride into History, took the stage Friday night.


The audience gave Mark Twain a 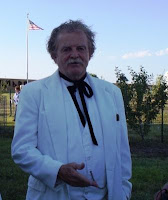 Chautauqua thank you at program end on Friday waving white fans in unison. The fans emulated the the original practice of waving white hankies whenever a Chautauquan pleased (or displeased) the audience.

A big thank you to the many sponsors that made The Beatrice Chautauqua possible! 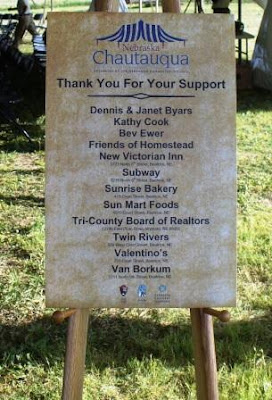 Free Land Chautauqua 2012
Beatrice, NE
"Free Land? 1862 and the Shaping of Modern America" as part of the 150th Anniversay of the signing of the Homestead Act.

There will be a weeklong camp for youth in our
community, grades 4 through 8, where the kids will learn about local characters, create the image and present a 3-5 minute impersonation of that person. The students will share their own Chautauqua on Friday night, May 25.

Ride into History will facilitate the Youth Camp. Read about their exciting programs at http://www.rideintohistory.com/what.html

May 21 10:00 am
Storytelling in the Native American Tradition by Matthew Jones and Taylor Keen